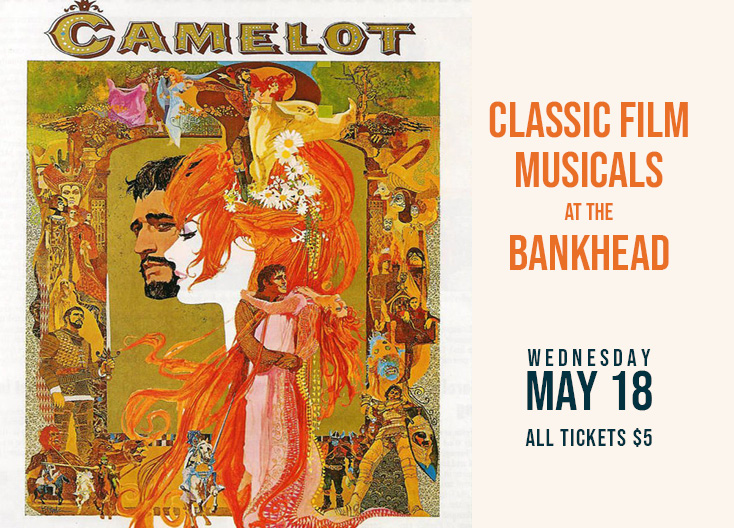 King Arthur (Richard Harris), determined to lead his country to a new and unified ideal, establishes the Round Table, welcoming knights from across the land to Camelot. It soon attracts French knight Lancelot (Franco Nero), who becomes Arthur’s friend. Although initially a success, Arthur’s arranged marriage to Guinevere (Vanessa Redgrave) is soon undermined by her attraction to Lancelot. When they are eventually caught together, Arthur is forced to punish them both leading to the loss of his love, his friend, and his dreams for Camelot. The Lerner and Lowe score won one of the film’s three Academy Awards with hits including the title song, “The Lusty Month of May,” and “If Ever I Would Leave You.”