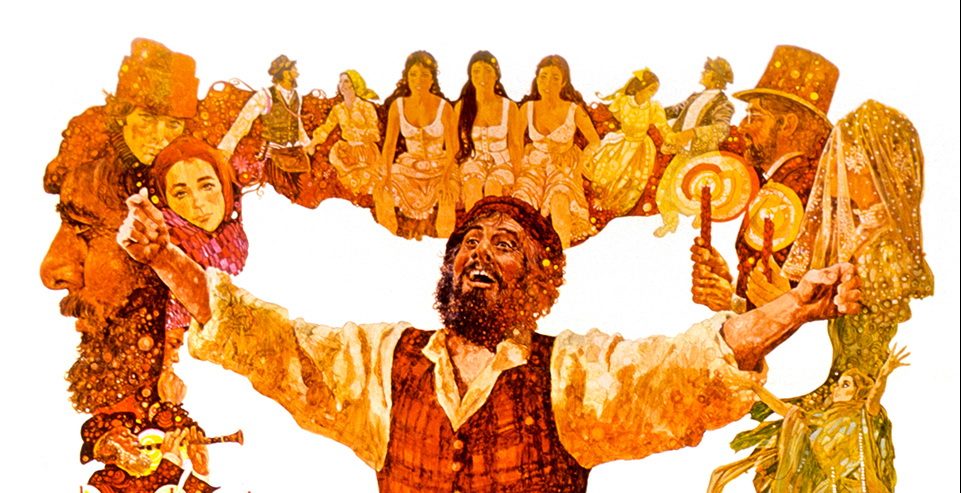 For Tevye (Chaim Topol), a poor milkman and his family of five daughters, life in their Jewish community in a small Russian village at the turn of the 20th Century seems straightforward. But as the country edges towards a revolution, their way of life is changing and Tevye struggles to preserve his religious, cultural and family traditions. When each of his three oldest daughters defy the village matchmaker’s plans and choose to marry for love instead, their choices take them away from Tevye’s traditions in ways that also represent the larger changes coming to his world. Adapted from the stage play which had opened on Broadway seven years earlier, the film was nominated for six Academy Awards and won three, including Best Music for a score filled with such familiar songs as “If I Were a Rich Man,” “Tradition,” and “Sunrise, Sunset.”

LIMITED CAPACITY: Originally scheduled for March 2020. Due to COVID safety restrictions, only 140 tickets have been made available for this event. Seats were held for original ticket holders, so only remaining seats are now available for sale.  Please contact the box office via email or phone 925-373-6800 for questions.

PLEASE NOTE:  Masks will be required to attend this event.  For information about our enhanced air filtration system and other safety protocols, click HERE.