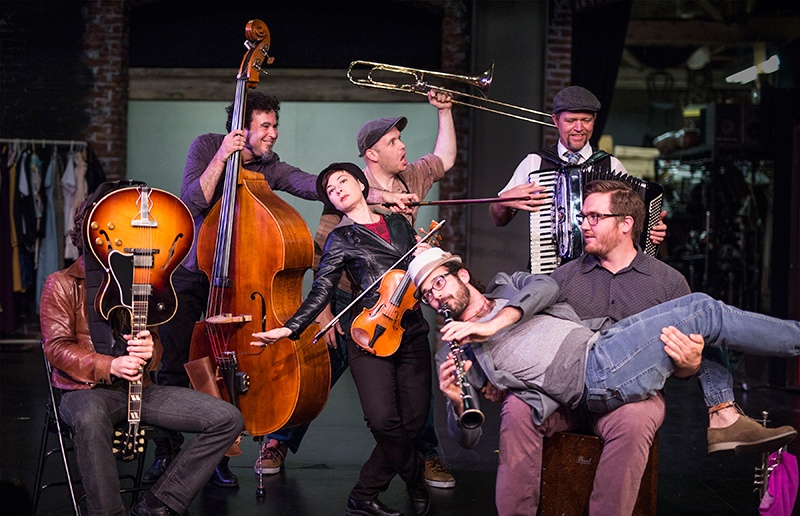 Acclaimed klezmer gypsy-rock band, Mostly Kosher can be described as a musical feast that explodes into a global food-fight of jazz, Latin, rock, and folk. Join them for the beginning of Chanukah as they radically reconstruct Judaic and American cultural music with ravishing klezmer beats and arresting Yiddish refrains.

The band has appeared extensively on Southern California stages including a television appearance at Dorothy Chandler Pavilion. They recently became the first Jewish music ensemble to perform during holiday celebrations at Disney Parks in both California and Florida. The first track off their acclaimed self-titled debut album, Ikh Hob Dikh Tsufil Lib (I Love You Much Too Much), was recognized as one of World Music Network’s Top 6 Songs of 2014.

“Music that enriches your soul and awakens your spirit.” – LA Weekly

“A world-beat cabaret which swings high and low from ecstasy to longing.” – fRoots Magazine