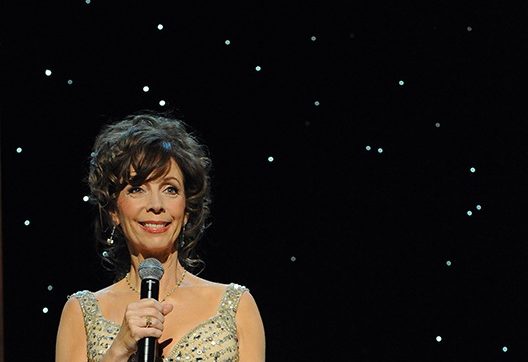 Known for her epigrammatic style, Rita Rudner’s soft-spoken humor, quick one-liners and charming delivery shatters the tough female comedienne stereotype and keeps her audiences laughing.  She has sold out venues in the US, England and Australia and completed a 15-year-run in Las Vegas with her non-stop, witty observations on modern life, covering such diverse topics as relationships, family and the importance of cleaning ladies.  Rudner’s comic style has made her a welcome guest on television shows with hosts from Johnny Carson, Bob Hope and George Burns, to David Letterman, Bill Maher, Jay Leno, and Conan O’Brien. A multi-talented performer, she started her career as a dancer, has written plays as well as starred in them, and authored several books including, “I Still Have It . . . I Just Can’t Remember Where I Put It: Confessions of a Fiftysomething.”

“Segues from subject to subject as seamless as the changing tide in the middle of the ocean …. She lit up the stage with innocence and charm as she delivered self-depreciating one-liners rich with wit and insight. – Huffington Post