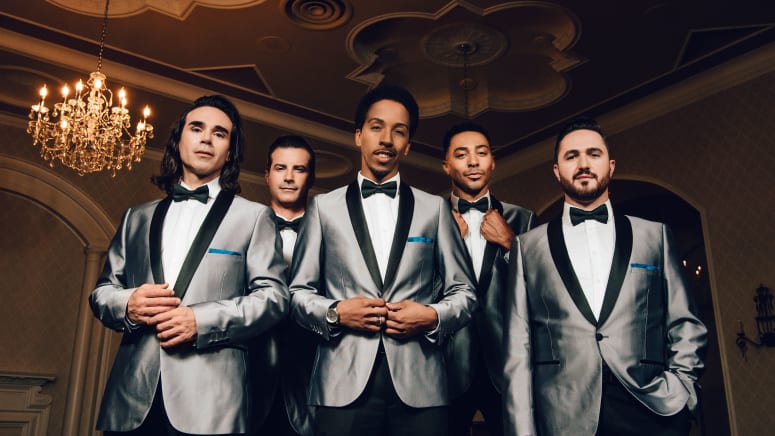 The Doo Wop Project: Live in YOUR Living Room

Love the classic sounds of Frankie Valli, The Drifters, The Del Vikings? Ever wonder what Maroon 5 would sound like if they had lived in the Doo Wop era?

Featuring Tony-nominated members of Broadway’s smash hits Jersey Boys, Motown: The Musical, A Bronx Tale, and more, the Doo Wop Project’s dynamic live show takes audiences on a journey from early doo wop groups The Flamingos and The Belmonts through their influence on R&B like Smokey Robinson and The Four Seasons, all the way to DooWopified versions of modern hits by Michael Jackson, Amy Winehouse, and Maroon 5. The last five years have seen sold-out shows across the country and performances with everyone from Katy Perry to Jon Bon Jovi to Jay Leno.

The Doo Wop Project has been seen in theaters across the country from Paramount Center for The Arts to the Flint Center for the Performing Arts. Their popular Symphonic Pops show has been performed with dozens of symphonies including Philadelphia, Indianapolis, Omaha, Vancouver, Detroit, and more!

The Doo Wop Project is offering a DANCING GUARANTEE. That’s right, just like their live shows, they will GUARANTEE that you are up on your feet in your living room when you watch their live stream . . . or they’ll give you your money back.

1 Ticket is needed per device/household.