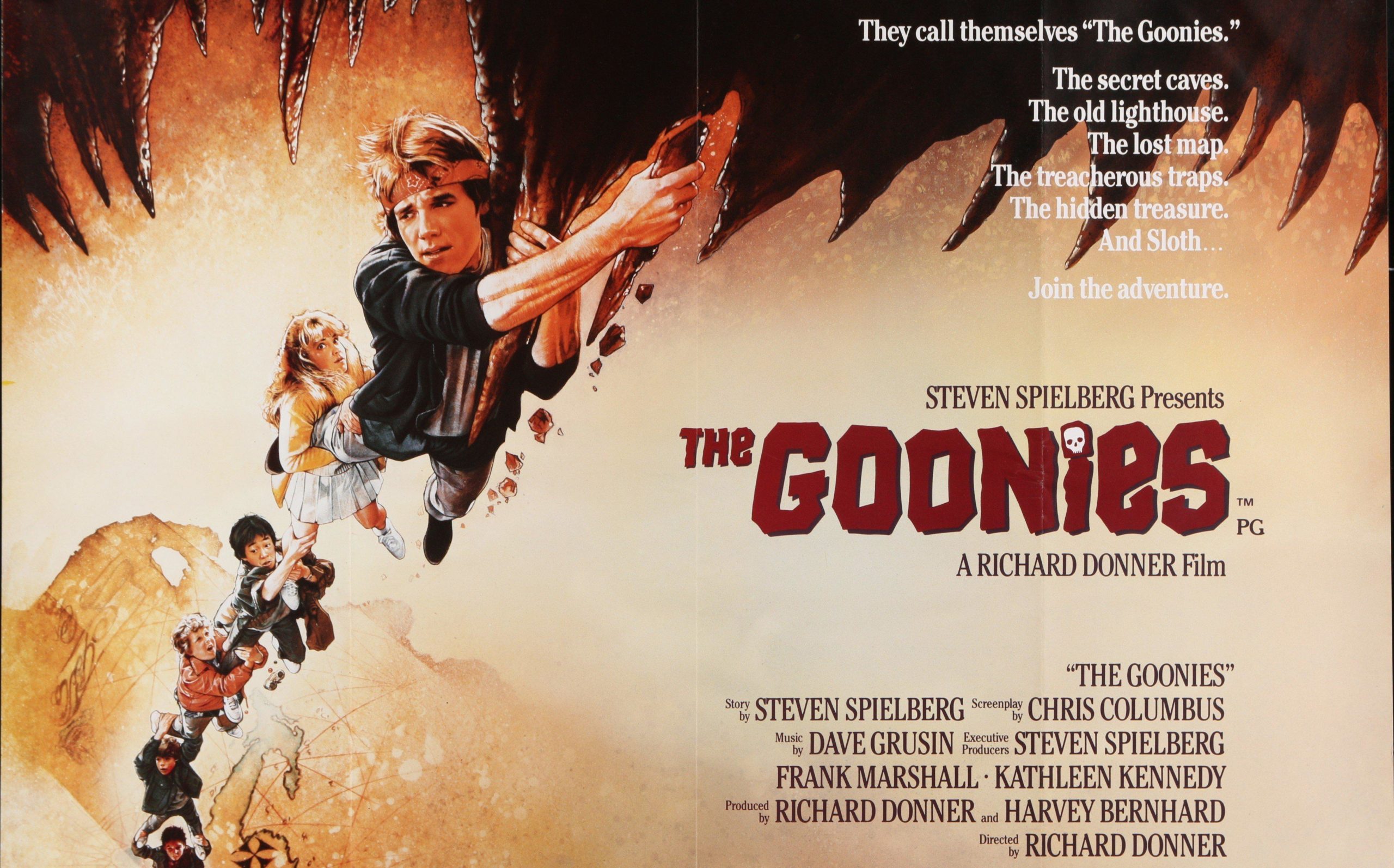 Mikey and his friends discover a mysterious pirate map in the attic and decide to seek its treasure in the hope that it could save their homes from a local developer’s plans to build a country club. The Goonies, as they call themselves, follow the map to an underground cavern where they cross paths with a gang of dangerous criminals. Forced to escape from the evil Fratellis, their route leads them through a series of perilous booby traps to the long lost treasure of One-Eyed Willy and a safe return home.