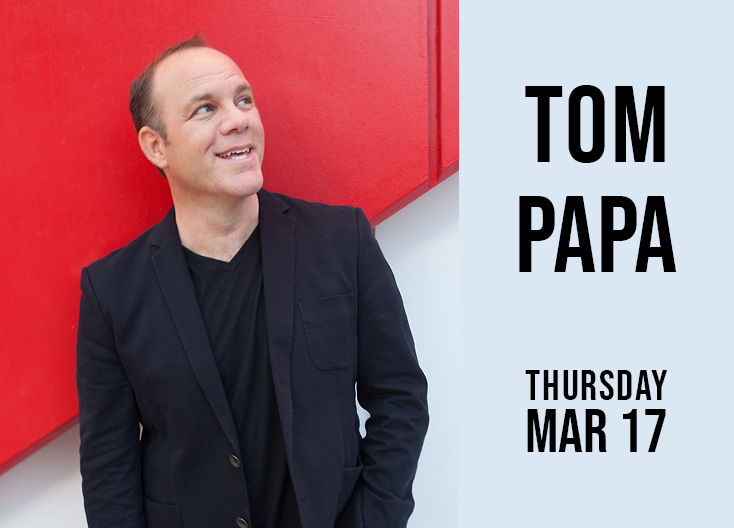 With more than 20 years as a stand-up comedian, Tom Papa is one of the top comedic voices in the country, now heard on “Live From Here” in his regular segment “Out in America with Tom Papa.” His broad career has ranged from starring opposite Matt Damon in “The Informant” to being chosen by Jerry Seinfeld to host “The Marriage Ref,” as well as appearing on Comedy Central’s “Inside Amy Schumer.” In addition to his radio show, his hit podcast and SiriusXM show “Come to Papa,” stand-up specials, “Freaked Out,” “Live in New York City,” and this year’s “Human Mule,” all share his unique and hilarious perspective on the funny side of life.