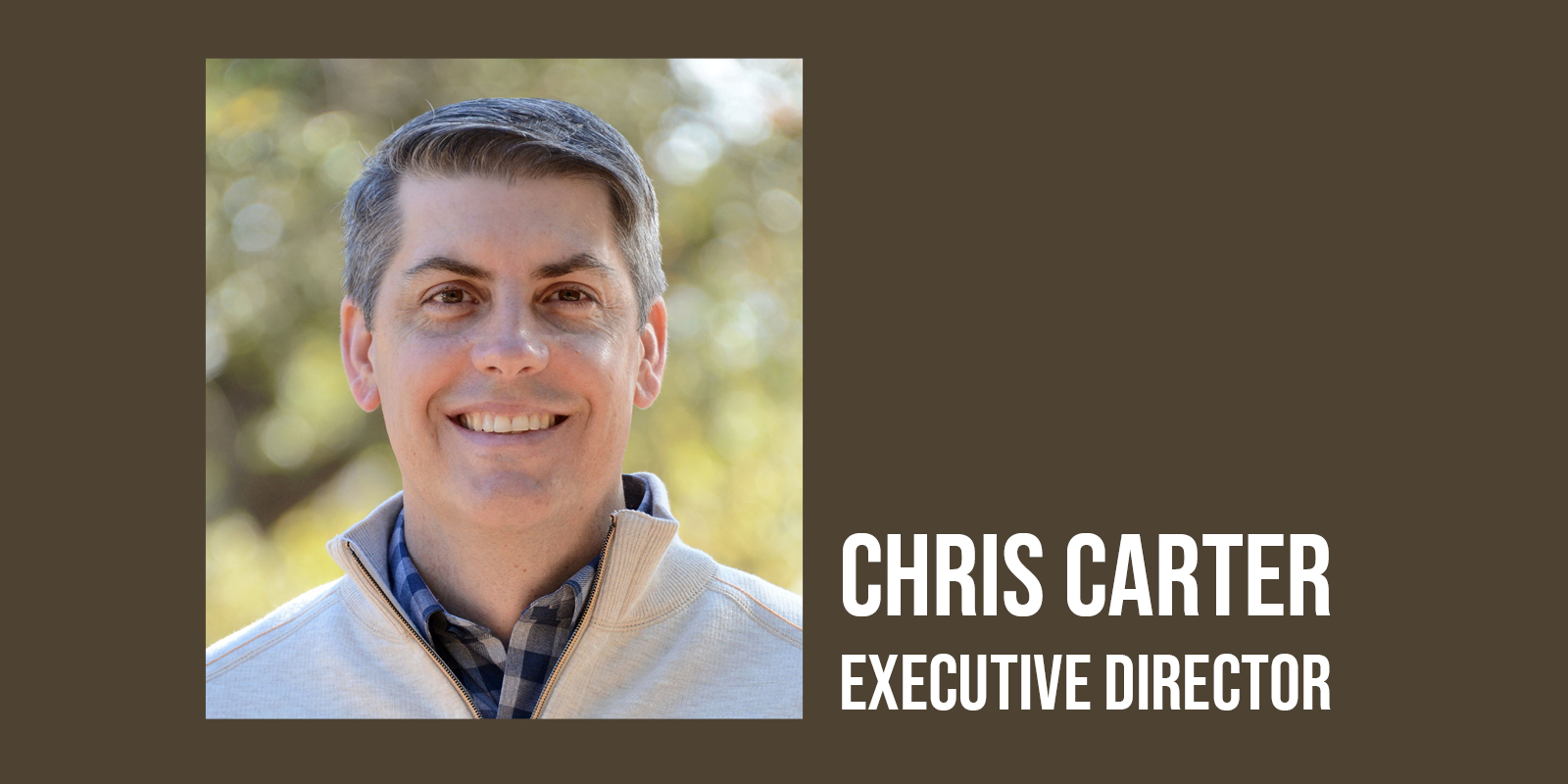 This week we announced that Chris Carter will become the next Executive Director for Livermore Valley Performing Arts Center. As our Director of Development and Communications since 2014, Chris has overseen some major milestones in fundraising and member recruitment, including growth in annual giving of approximately 60 percent, a doubling of membership to new highs, and our record-breaking Brilliance at the Bankhead gala last fall which raised $500,000.

He will be taking over the post in February 2020 from Scott Kenison. The two joined the organization around the same time and have worked closely together ever since. Scott will remain until February 2020 to finish scheduling of the 2020-2021 season and to ensure a smooth leadership transition.

Chris brings more than 16 years of non-profit experience to the role. He joined LVPAC from St. Mary’s College of California where he had been Director for Annual Giving and Alumni Engagement, responsible for creating comprehensive programs to build connection and involvement among alumni and stimulate annual giving. He also led major projects there such as the college’s 150th Anniversary and the inauguration of its 29th President. Committed to furthering education and the arts, Carter remains on the St. Mary’s Science Advisory Board and at LVPAC now actively works to support education and community outreach efforts at both the Bankhead Theater and Bothwell Arts Center. A former board director, program chair and presenter for the Tri-Valley Nonprofit Alliance, he is also a member of the Association of Fundraising Professionals, and has been a Boy Scouts of America volunteer since 2010. A musician for decades, Chris is also a guitarist with singer-songwriting duo, the LK Project, which has recorded five albums and often performs at local venues. He and his wife, a teacher in the Pleasanton Unified School District, are long-time residents of Pleasanton where they live with their three children.

The recommendation of Chris for the Executive Director post was sent to the Board in late November following an evaluation and interview process. Jean King, LVPAC Board Chair, is grateful for the role Scott has played at LVPAC over the past five years and sees Chris building on those strengths going forward. “Scott creatively expanded our programming, bringing greater diversity in music, dance, drama, film, lectures and education to both the Bankhead Theater and the Bothwell Arts Center, while overseeing five years of growth and financial stability,” she stated. “The Board was unanimous in choosing Chris as our next executive director. His contributions have significantly expanded our fundraising capacity and we feel confident that he will keep us on the path we’re on and bring his expertise to new areas.”

Scott agreed saying, “It has been satisfying to take part in our growth both financially and artistically. I had the opportunity to see great projects come to fruition, from the lobby mobile community art project to the theatrical productions, “Red” and “Circle Mirror Transformation.” Chris and I have worked closely together through it all and I know I’m leaving the organization in good shape and in great hands.”

Chris is enthusiastic about taking on the leadership role and looks to build on the successes of recent years and position LVPAC for future growth. “It has been a privilege for me to be a part of this wonderful organization for the last five years, and I’m honored to be chosen as the next Executive Director,” he said. He plans to continue to explore the innovative programming begun under Kenison’s leadership, bringing his own interests into the mix. “As a musician, my passion for the arts is personal too. I’ve had an opportunity to be involved in all aspects of the organization, working with the great team we have here. I’m really looking forward to the challenges and rewards ahead in this job.”