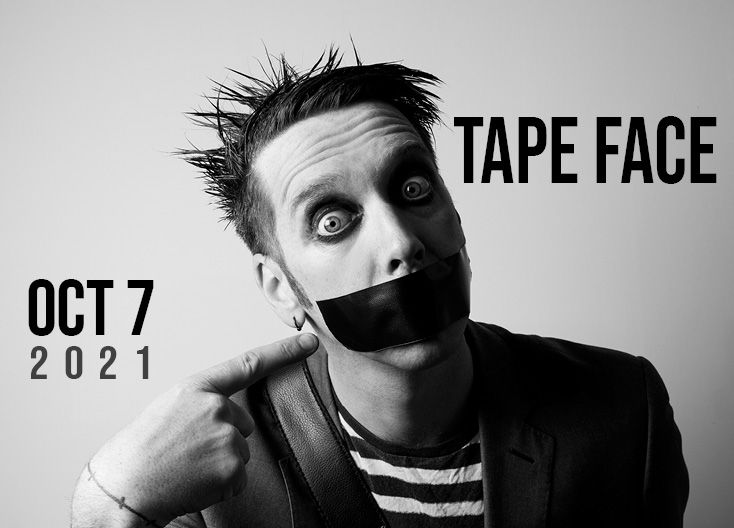 As seen on America’s Got Talent, the utterly spectacular and endlessly inventive humor of TAPE FACE is impossible to imagine but completely understandable for any age. Every once in a while, something magical reminds us that we all have an inner child that must be fed. Through simple, clever and charming humor aimed at satisfying that hunger, TAPE FACE has emerged as one of the most enjoyable shows the world has ever seen. The creation of New Zealand comedian Sam Wills, TAPE FACE is mime with noise, stand-up with no talking, drama with no acting. It has to be seen to be believed!

So what is this show like exactly? Well, attempting to describe any aspect of it would be a disservice – the less you know the more you will enjoy it. TAPE FACE is a character with universal appeal. Delightful, wry, many-layered and hilarious, he transcends the barriers of language and culture. You’ll laugh, you’ll scream and ultimately end up like TAPE FACE – completely “lost for words.”