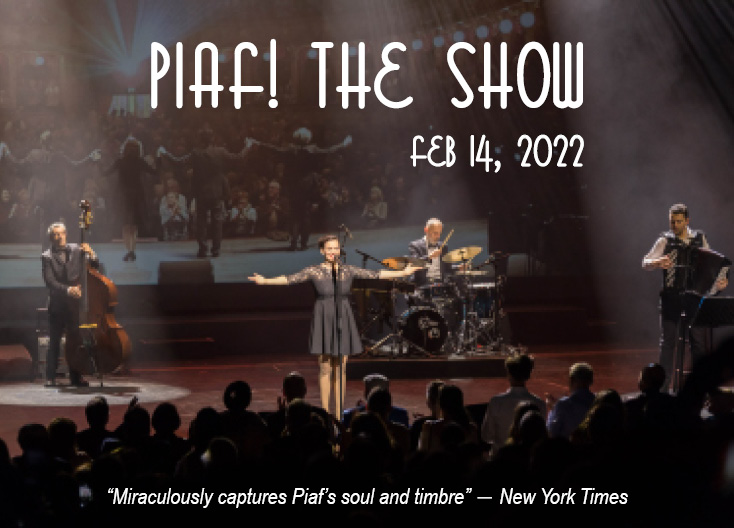 Acclaimed worldwide, “PIAF! The Show” offers a remarkable musical celebration of the life and music of the legendary French chanteuse Edith Piaf. Conceived and directed by the Nice-based theatrical maverick Gil Marsalla and starring French performer Nathalie Lhermitte, “PIAF! The Show” premiered in 2015 as a tribute to “The Swallow of Montmartre” on the centennial on her birthday and was inspired by the award-winning movie La Vie En Rose. The show narrates the rags-to-riches story of the Parisian singer’s career through her unforgettable songs, and is complemented by a visual tapestry of previously unreleased photographs and images of famous Parisian locations of the Edith Piaf era.