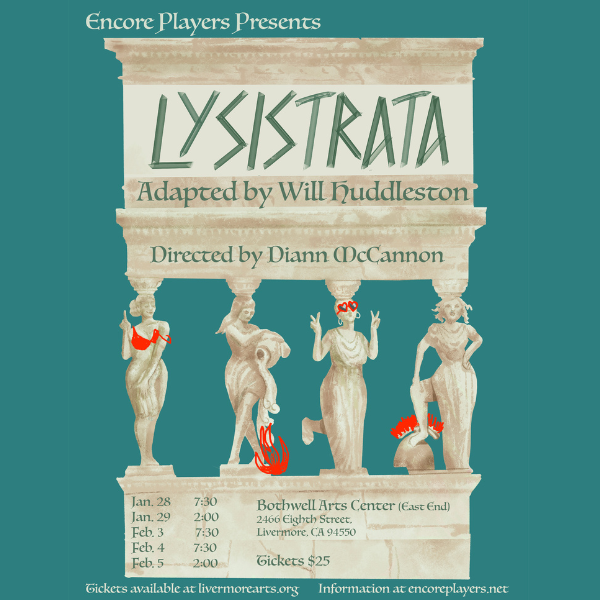 Live at the Bothwell Arts Center

‘Lysistrata‘, adapted by Will Huddleston, is a modern adaptation of Aristophanes classic Greek play. Set in Athens, the story tells how Lysistrata led the women of Greece to hold a sex-strike until their men agreed to end all wars.. This adaptation, by San Francisco playwright Will Huddleston, is set in classic Greek style, but with modern (and often bawdy) language.

*Due to the adult nature of this play, parental discretion is recommended. To protect the cast and crew, masks are required for audience members during the performance.