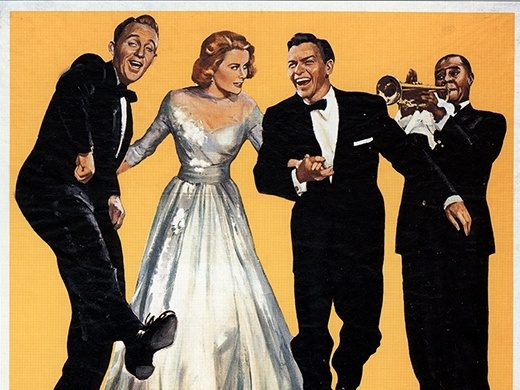 Jazz artist C.K. Dexter Haven (Bing Crosby) is still hung up on his ex-wife and neighbor, socialite Tracy Samantha Lord (Grace Kelly), however Tracy is engaged to another man (John Lund). Matters are complicated further when a magazine reporter (Frank Sinatra), in town to cover Tracy’s wedding, also winds up falling for the beautiful bride-to-be forcing Tracy to determine which suitor suits her best. Filled with music by Cole Porter and a cameo appearance by Louis Armstrong, High Society was Grace Kelly’s final film before marrying the Prince of Monaco,