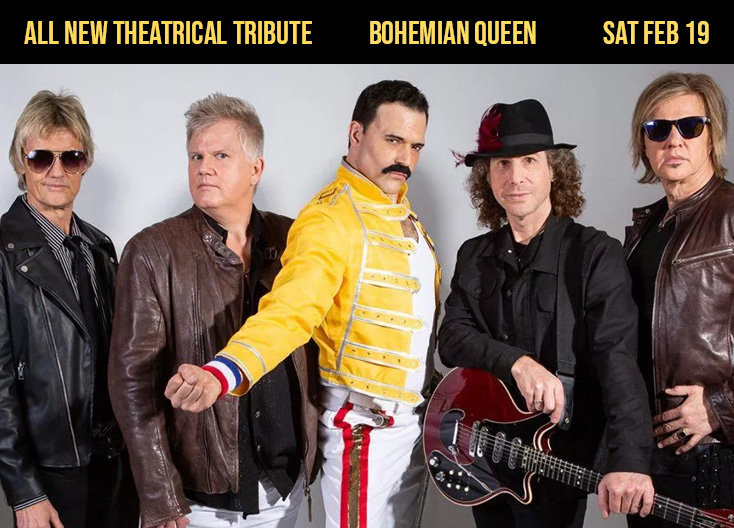 In an all-new theatrical tribute to a legendary band, Bohemian Queen features lead vocalist Paulie Z as the amazing Freddie Mercury. Paulie Z brings all the theatricality and vocal gymnastics of the late, great Queen frontman to life in this rock spectacle. He heads up a national caliber line-up of accomplished artists who have fronted their own bands and now turn their talents to this night of Queen hits. Bohemian Queen brings blockbuster full-band sound to such favorites as “We Will Rock You,” “Stone Cold Crazy,” “Don’t Stop Me Now,” and, of course, an unforgettable rendition of  “Bohemian Rhapsody.”