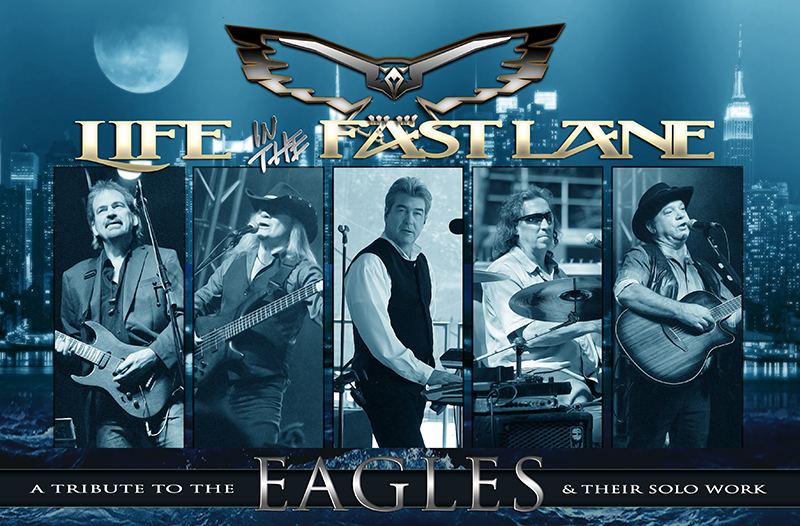 Life in the Fast Lane – A Tribute to the Eagles

Don’t miss this amazing tribute to one of the most successful bands of all time, The Eagles. With five number-one singles, six Grammy Awards, five American Music Awards, and six number-one albums, the Eagles were one of the most successful musical acts of the 1970s. At the end of the 20th century, two of their albums, Their Greatest Hits (1971–1975) and Hotel California, were ranked among the 20 best-selling albums in the United States.

Since 1993, LIFE IN THE FAST LANE brilliantly re-creates the harmonic sounds of the legendary Eagles. Blending five-part harmonies and 3 guitars, LIFE IN THE FAST LANE tightly executes the magical compositions of such songs as Best of My Love, Witchy Woman, Lyin’ Eyes, The Long Run, and the exquisitely layered Hotel California. For over two decades, LIFE IN THE FAST LANE’S unstoppable medleys, seamless transitions, and note-perfect performances are going strong! Performed with enthusiasm, style and conviction, this production is truly the most authentic, spot on Eagles tribute yet! Leaving audiences begging for more. It’s an experience you’ll never forget!