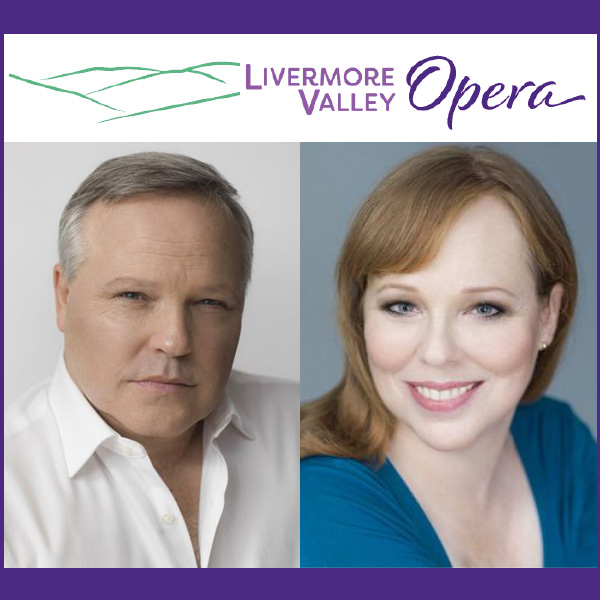 Krista Wigle, soprano, has performed with Livermore Valley Opera previously, including as Musetta in La Boheme, LVO’s inaugural production at the Bankhead Theater. Her many roles include Maddalena(Nine), Hucklebee(The Fantasticks), Berta(The Barber of Seville), Miss Jessel (The Turn of the Screw), Clorinda(La Cenerentola), Jack’s Mother(Into the Woods), Grandma(Billy Elliot), Rosie(Mamma Mia!), Cleo (The Most Happy Fella). She has appeared with numerous companies including Opera Parallele, Cinnabar Theater, Woodminster Amphitheater, Brava Opera, Pocket Opera, Festival Opera, and Opera Santa Barbara. Krista is also a private voice teacher and an instructor at A.C.T. and the Ruth Asawa School of the Arts.

Joseph Meyers, tenor, has sung with San Francisco, Portland, Anchorage, Tampa, Grand Rapids, Utah Festival, and Toledo Operas; Opera San Jose, Sacramento Opera, Opera Santa Barbara, the symphony’s of Santa Rosa, Kalamazoo, Silicon Valley, Spokane, Oakland and many more. A skilled singing-actor, in 2009 he played the opera singer in the movie “Milk.” Among his many roles are Andres in “Wozzeck” and Howard Boucher in “Dead Man Walking” with Opera Parallèle, where he also appeared as Vain Man/ Snake in their recent production of “The Little Prince.” He has appeared multiple times in productions with West Edge Opera, as well as in their Snapshot New Opera Works.

This virtual concert will be recorded live outdoors at Retzlaff Vineyards, a private venue, and with appropriate COVID safety measures in place.

Note: Registration allows access to the complete concert broadcast beginning at 6pm on each concert date and extending for 24 hours.