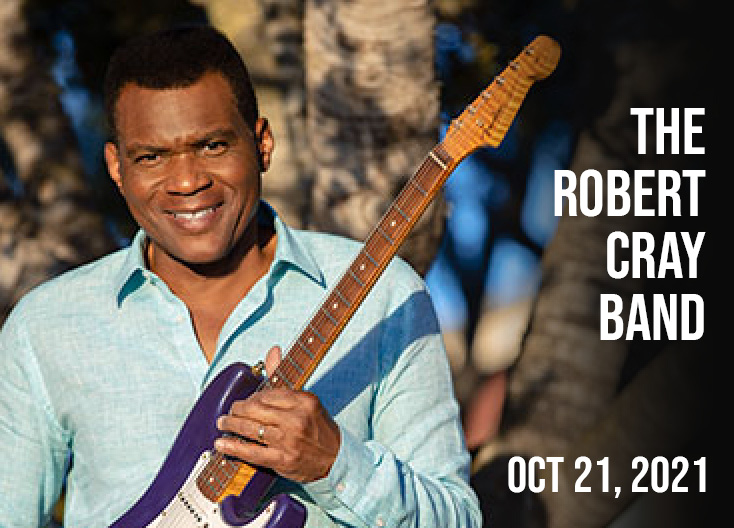 Five-time Grammy Award-winning guitarist Robert Cray was inducted into the Blues Hall of Fame in 2011. For the past four decades, he has been bridging the lines between blues, soul and R&B and is credited with attracting a new generation of fans to the world of blues with his distinctive razor-sharp guitar sound and ability to deliver powerful and meaningful stories. With more than 20 acclaimed albums including his latest, “Robert Cray & Hi Rhythm,” his signature blend of rock, rhythm and blues, combined with smooth, seductive vocals, speaks the universal story of love and loss. Cray has earned a reputation as a modern blues poet – his music electrifies the heartstrings and captures the soul.

“Cray’s music speaks eloquence, capturing the attention of listeners who lean closer when he makes his guitar whisper. The rhythm is engaging, the stories compelling”– Blues Revue