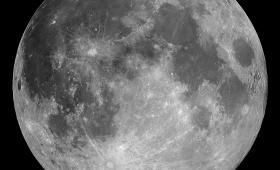 Return to Apollo: Geologic evolution of a young moon
LLNL Scientist(s)
Lars Borg
Teacher Tom Shefler
Teacher’s School Granada HS
Abstract: This talk will discuss the age relations of samples returned by the Apollo space missions from 1969 to 1972 and how they constrain the origin and evolution of the Earth’s Moon. The basic geologic model for the origin and evolution of the Moon that has been developed based on its the physical and chemical properties which predicts that the Moon’s crust and mantle should have formed at the same time. Historical age determinations completed on Apollo samples do not support this prediction and instead demonstrate a wide range of ages. New chronologic measurements completed using state-of-the-art methods at LLNL reveal that many of the historical age determinations are erroneous. The new measurements demonstrate that the Moon’s mantle and crust formed contemporaneously between 4.33 and 4.38 billion years ago.

Bios:
Lars Borg is a cosmochemist in the Nuclear and Chemical Sciences Division at LLNL. Dr. Borg received a Ph. D. in Isotope Geochemistry from University of Texas, Austin. He has completed numerous lunar chronology investigations dating crustal rocks, basalts, and impact melts and applied these ages to constrain primordial differentiation, the timing of basin formation, and the duration of basaltic magmatism on the Moon. His research focus is on the primordial differentiation of the terrestrial planets and asteroids, the petrogenesis of lunar, Martian, and terrestrial basalts, and the nucleosynthesis of elements found in the Solar System, which has resulted in over 70 peer-reviewed publications.

Tom Shefler teaches at Granada High School in Livermore. He received a B. S. degree in Physics and Applied Mathematics from Western Michigan University, and a M. A. degree in Astronomy and Astrophysics from UC Berkeley. While at Berkeley, he researched, analyzed, and cataloged Hubble Space Telescope images of galaxies, performed observational research in the detection and study of extrasolar planets, and discovered Supernova 1998DT while working with the Katzman Automatic Imaging Telescope team. During his graduate studies he fell in love with teaching and entered the teaching profession in 2000.